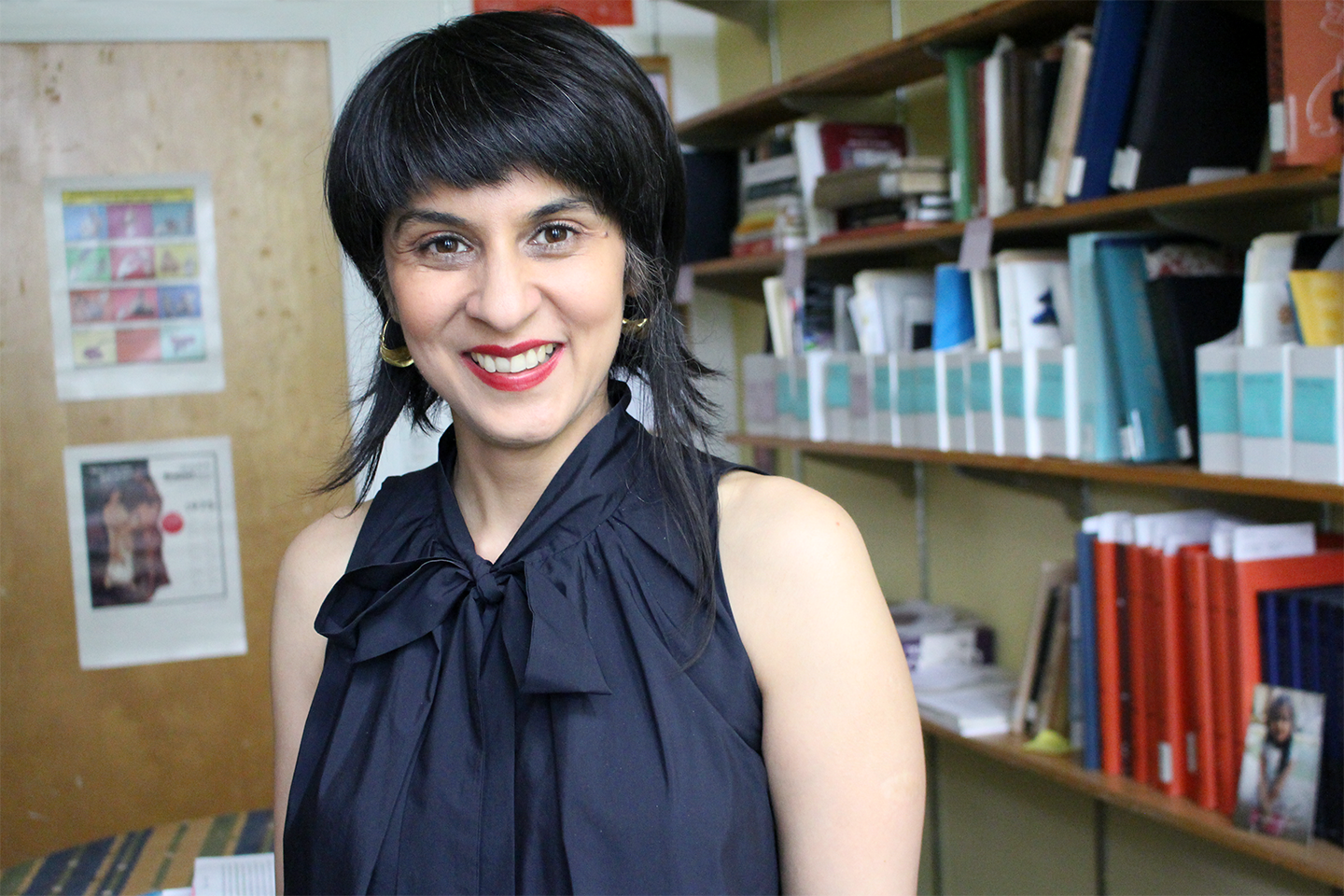 Sonal Khullar specializes in the art of South Asia from the eighteenth century onward. Drawing on scholarship in anthropology, feminist theory, and postcolonial studies, her research and teaching interrogate the global turn in art history rather than taking its significance and implications for granted. She is particularly interested in histories of cosmopolitanism, postcolonial art worlds, art-writing and life-writing, critical historiographies of art, aesthetic theories, feminist geography, the anthropology of art, cross-cultural exchange, and the problem of comparison across areas and periods.

Her first book Worldly Affiliations: Artistic Practice, National Identity and Modernism in India, 1930-1990 (University of California Press, 2015), received the Bernard S. Cohn Book Prize of the Association of Asian Studies in 2017 and the Millard Meiss Publication Award and Meiss/Mellon Author’s Book Award of the College Art Association in 2014. Building on Edward Said’s notion of affiliation as a critical and cultural imperative against empire and nation-state, that book traces the emergence of a national art world in twentieth-century India and emphasizes its cosmopolitan ambitions and orientations through the careers of four artists: Amrita Sher-Gil, Maqbool Fida Husain, K. G. Subramanyan, and Bhupen Khakhar.

Khullar is completing a book manuscript, The Art of Dislocation: Conflict and Collaboration in Contemporary Art from South Asia, under advance contract with the University of California Press, which analyzes how collaboration has emerged as a hallmark of contemporary art from India, Pakistan, Bangladesh, and Sri Lanka, and a critical response to globalization since the 1990s despite growing conflicts between and within nation-states and immense barriers to cultural exchange in the region. This project uses the region as a conceptual framework to think through globalizing processes in the contemporary art world and elucidate a shifting relationship between artistic practices in the global South and North during the twenty-first century.

She has edited Old Stacks, New Leaves: The Arts of the Book in South Asia (University of Washington Press, forthcoming in 2023), which considers the visuality, materiality, and sociality of illustrated books from 1100 C.E. to the present. She has begun work on two single-authored book projects, Unpeace in the Land: Art and War in Sri Lanka and Fertile Grounds: Art, Primitivism, and Postcoloniality in Twentieth-century India and Britain. The former examines visual art at two critical junctures of Lankan history, showing how the end of war is elusive and complicating the common trope of ‘postwar’ art and society. The latter examines intertwined histories of folk, tribal, and modern art, and a shifting relationship between art history and anthropology across empire and eventually independent nations.

Khullar received her B.A. from Wellesley College and her M.A. and Ph.D. from the University of California at Berkeley. Prior to her appointment at Penn, she taught at the University of Washington. Her research has been supported by grants and fellowships from the College Art Association, the American Council of Learned Societies, the American Institute of Indian Studies, the Paul Mellon Centre for Studies in British Art, and the Japan Foundation.