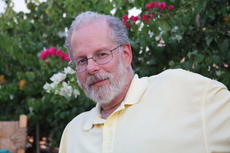 Larry Silver (Ph.D. Harvard, 1974), Farquhar Professor of Art History, emeritus, taught at Penn between 1997 and 2017 and still lives in the Philadelphia area.  He specializes in painting and graphics of Northern Europe, particularly Germany and the Netherlands, during the era of Renaissance and Reformation, and he has a secondary expertise in Jewish art history. He served as President of the College Art Association as well as the Historians of Netherlandish Art, and previously taught at Berkeley and Northwestern. He also served as co-founder and Editor in Chief of "caa.reviews," the on-line reviews journal of the College Art Association, and he is a member of the Print Council of America.

Publications include a general survey, Art in History (1993), Jewish Art: A Modern History (2011; co-authored), and Peasant Scenes and Land-scapes (Penn Press, 2006). His museum exhibitions focused on professional engravers in the sixteenth-century Netherlands, Graven Images (1993) and oversized prints of that period, Grand Scale (2008). Penn’s Ross Gallery hosted another exhibition, organized with graduate students, Transformation: Jews and Modernity (2001). His other books include monographs on Hieronymus Bosch (2006) and Pieter Bruegel (2011), Marketing Maximilian (Princeton, 2008), on Holy Roman Emperor Maximilian I (d. 1519), as well as Rubens, Velázquez, and the King of Spain (2014; co-authored). Co-edited volumes include The Essential Dürer (Penn Press, 2010) and Canons and Values (2019). Another research area, centered on Rembrandt, includes a book-length study, Rembrandt’s Faith (2009), co-authored with Shelley Perlove; Rembrandt and the Divine (2018) and an overview, Rembrandt's Holland (2018).

In 2017 on the occasion of his retirement, a volume of collected essays appeared, The Primacy of the Image in Northern European Art, 1400-1700, edited by Debra Taylor Cashion, Henry Luttikhuizen, and Ashley West.