Rembrandt's Faith: Church and Temple in the Dutch Golden Age 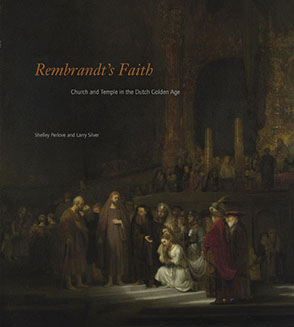 Winner of the 2010 Roland H. Bainton Prize for Art History as sponsored by the Sixteenth Century Society.

Covering all the media Rembrandt worked in throughout his career, Rembrandt's Faith is the only art-historical study to address the full breadth of the artist's religious imagery. Rembrandt weighed in on important religious issues of his day and was a close student of the Bible, using traditional approaches based on Saint Paul to employ typology between the Old and New Testaments. He also shared the Dutch propensity to draw analogies between the biblical tales of the "chosen people" and Dutch society, including commentary on righteous leadership under God's covenant. Rembrandt's close reading of the Bible and biblical commentary by Calvin and other theologians was greatly abetted by the publication, in 1637, of the Dutch States Bible translation with notes. He also avidly studied seventeenth-century reconstructions of the Jerusalem Temple and frequently located his biblical narratives in re-creations of these spaces. Rembrandt's Faith raises essential questions about the complex relationships among Rembrandt's art, religion, and the theological debates of his time.