Before Photography: German Visual Culture in the Nineteenth Century 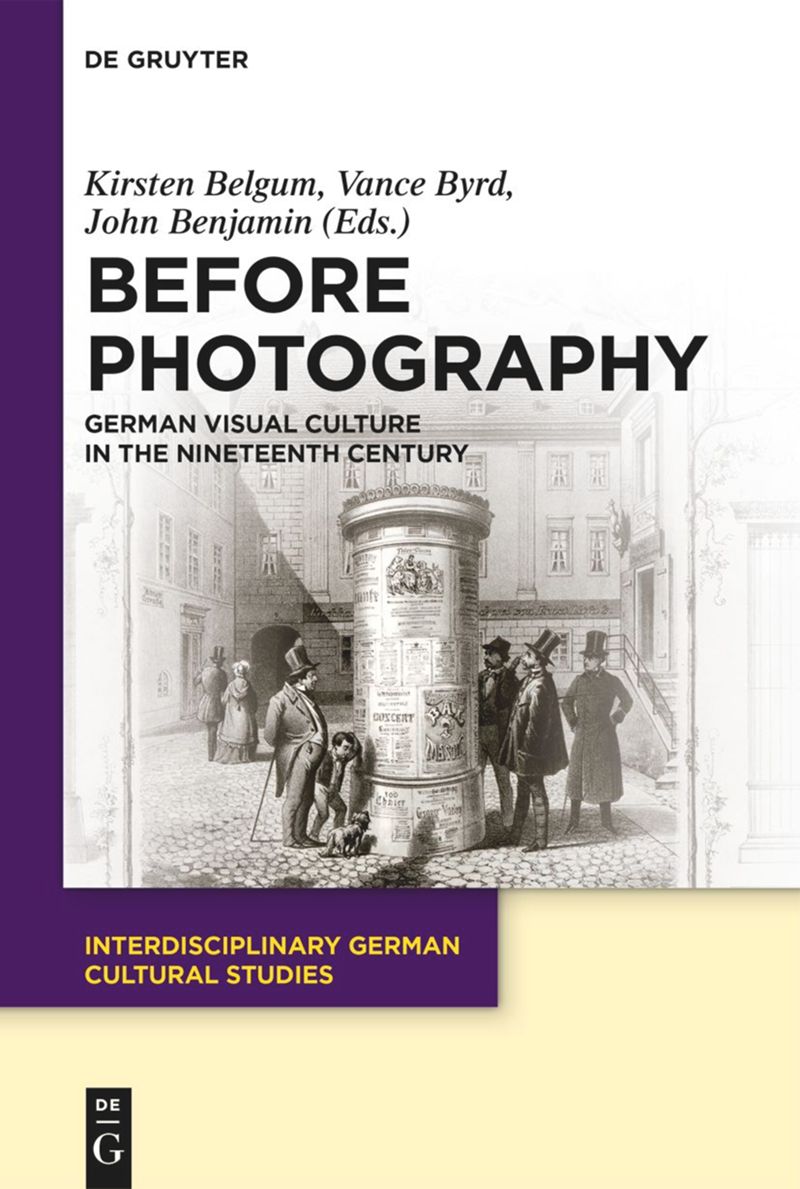 Recent years have seen a wealth of new scholarship on the history of photography, cinema, digital media, and video games, yet less attention has been devoted to earlier forms of visual culture. The nineteenth century witnessed a dramatic proliferation of new technologies, devices, and print processes, which provided growing audiences with access to more visual material than ever before. This volume brings together the best aspects of interdisciplinary scholarship to enhance our understanding of the production, dissemination, and consumption of visual media prior to the predominance of photographic reproduction. By setting these examples against the backdrop of demographic, educational, political, commercial, scientific, and industrial shifts in Central Europe, these essays reveal the diverse ways that innovation in visual culture affected literature, philosophy, journalism, the history of perception, exhibition culture, and the representation of nature and human life in both print and material culture in local, national, transnational, and global contexts.