Designing for Luxury on the Bay of Naples: Villas and Landscapes (c. 100 BCE-79 CE) 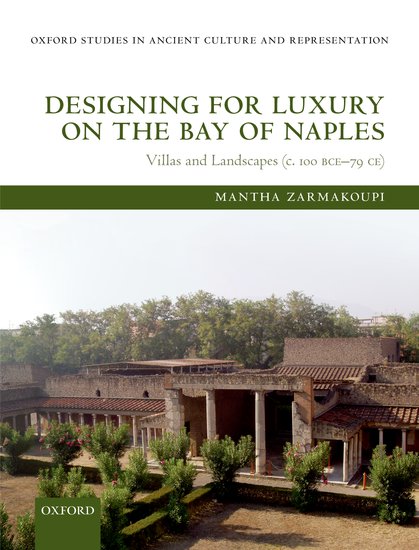 This study explores Roman luxury villa architecture and the Roman luxury villa lifestyle to shed light on the villas' design as a dynamic process related to cultural, social, and environmental factors. Roman villas expressed a novel architectural language which was developed by designers appropriating the existing stylistic and thematic vocabularies of Hellenistic and Roman architecture. Zarmakoupi seeks to describe and explain the ways in which this architecture accommodated the lifestyle of educated leisure and an appreciation of the Roman landscape, and how, in doing so, it became a cultural phenomenon and a crucial element in the construction of Roman cultural identity. In their effort to accommodate the Greek style, Romans created something completely unprecedented in the history of architecture. Through an analysis of five villas from around the bay of Naples (c. 100 BCE - 79 CE), the volume shows that in designing for luxury, Romans developed a sophisticated interplay between architecture and landscape, an interplay which is still seen in architectural design today.