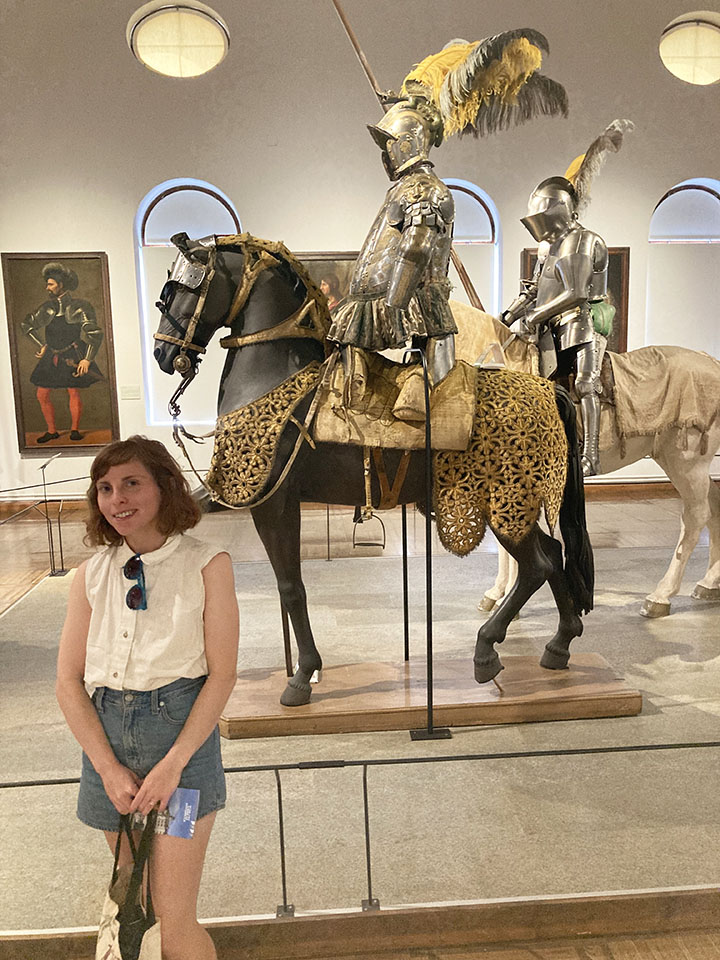 Zoe Coyle studies the art of northern Europe from the late medieval and early modern periods. Her dissertation, tentatively entitled "Plus Ultra: Habsburg Armor, Territorial Ambition, and Vulnerable Bodies in the Sixteenth Century," examines the ways in which armor helped construct the very perimeters—both social and physical—that ordered daily life. Donned in wars, tournaments, or ceremonially in triumphal entries, exchanged as diplomatic gifts, looted in battle, processed in funeral ceremonies, armor was an integral agent drawing boundaries not only between the self and other, inside and outside, but, as the project argues, in demarcating, protecting, and expanding the borders of hereditary lands and contested geographies.