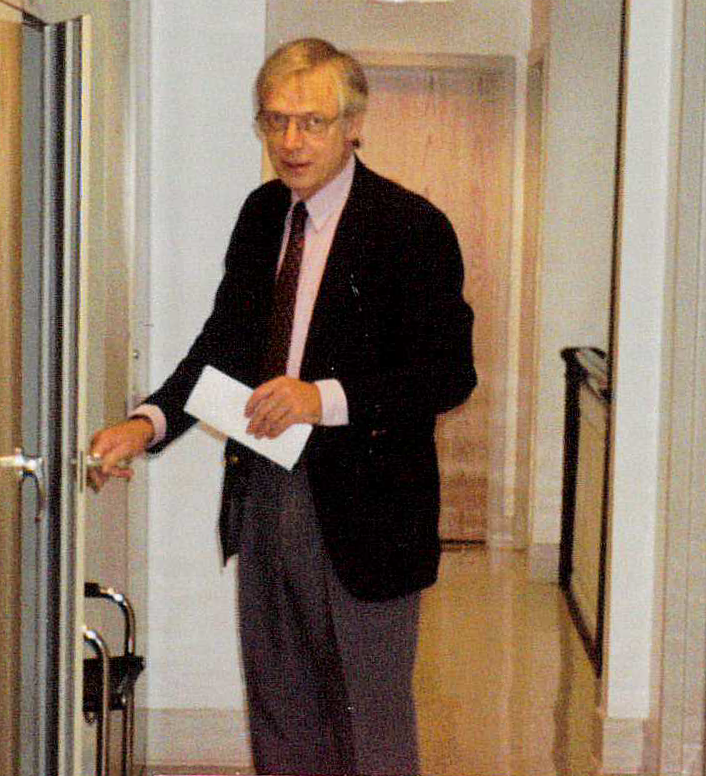 Charles (Charlie) Minott, a fondly remembered teacher and celebrated scholar of late Gothic and Northern Renaissance painting and printmaking, died in 2022 in Paris, where he had lived with his wife, the medievalist Anca Bratu, since his retirement in 1997.  He was 90.

Born in Massachusetts, Professor Minott studied painting and illustration at the Massachusetts College of Art, earning a BFA in 1954. After service as an illustrator in the US Army, he began his art history studies at the University of North Carolina (receiving an MA) and continued at Princeton, where he earned his PhD in 1967 with a dissertation on the iconography of the frescoes in the church of Sant’Angelo in Formis in Capua. His research was supported by a Rome Prize fellowship at the American Academy in Rome in 1962-64. While completing his dissertation, he taught as an instructor at the University of Pittsburgh in 1965-66, before joining the Penn faculty in 1966.

Professor Minott was a brilliant practitioner of iconographic analysis, and his shrewd unraveling of the symbolisms of the Merode Altarpiece, published in 1969, won the Arthur Kinsley Porter Prize of the College Art Association, awarded to the most distinguished article published by a young scholar in the Art Bulletin during the previous year. His monograph on Martin Schongauer, which reflected his deep engagement in the methods and culture of printmaking, was published 1971.

A member of the Institute for Advanced Studies in Princeton in 1972-3, Professor Minott was promoted to tenure in 1973. Dürer, Bruegel, and early printmaking and printed books were among the objects of his sustained interest. He spoke regularly at the annual meetings of the CAA and elsewhere.

Professor Minott was active in the leadership of the Department of the History of Art and in University governance, serving terms as departmental graduate and undergraduate chair and as a member of the University Council, the Faculty Senate Executive Committee, and the School of Arts and Science’s Committee on Academic Freedom and Responsibility.

A teacher and mentor of many graduate students and College undergraduates, Professor Minott was also art history’s most faithful contributor to the educational program of what was then called the College of General Studies. He assembled the fruits of his teaching in History of Art, written for the Harper Collins College Outline Series (1992).