Sources of the Self

Sources of the Self 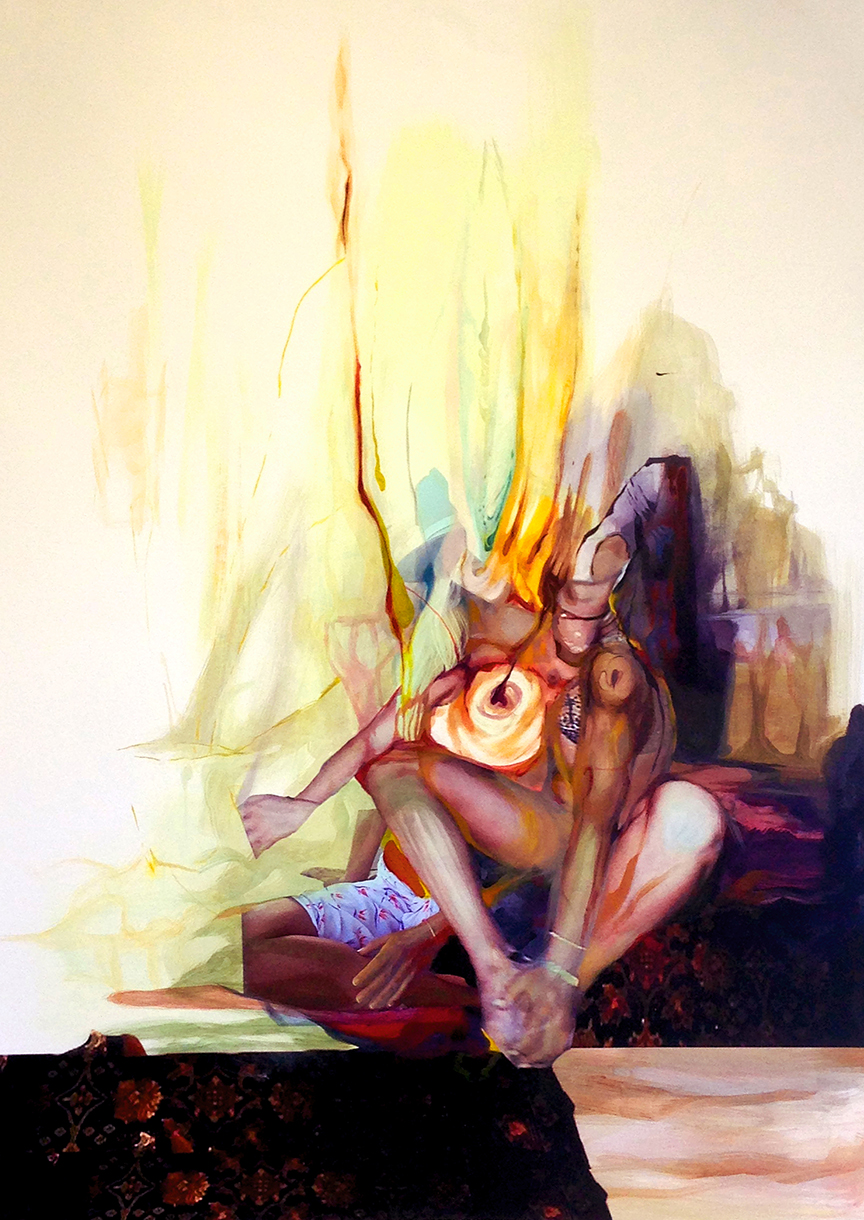 What is a “self”? Is it located in a mind, a body, in between, or elsewhere? How can it be shared—in physical contact, words, or images? How can we be sure that this communication is authentic? How is a self shaped by barely-known connections to the past, how does it move into the future, and how does it affect the world around it? Does concern with self bring about growth and possibility, or is it doomed to be self-centered, self-involved, and selfish? Can a self be integrated into relationships, communities, and politics?

The artists featured in "Sources of the Self" seek new answers to these pressing questions. In her video Chapter One: Hazard a Guess, Asha Sheshadri explores her familial connections to India. Movie clips, family snapshots, her father’s voice, and Sheshadri’s own narration mingle to create an ephemeral sense of identity. For the imagery in her paintings, Sharla Dyess combs through social media, selfies and all. By distorting these images and presenting them anew, Dyess exposes how personal glamour can quickly turn into robotic ubiquity. Aimee Gilmore traces the experience of carrying, delivering, and nursing her infant daughter in images made with her own breast milk. Through these “Milkscapes,” as well as related prints and installations, Gilmore treats motherhood both literally and poignantly as one person slowly becoming two. Lindsay Buchman juxtaposes texts and photographs in prints and books to suggest at once a diary, a novel, an archive, and a labyrinth of information. The enigmatic inner monologue that Buchman presents is simultaneously precise and incoherent, dismantling just as much knowledge as it creates. Joshua Francis Beaver’s video Man-Made Lakes Lie Stiller In The Night Than The Real Thing is a creation myth set on edge, with sour frustration and infertility in place of order and abundance. Monsters, angels, and mysterious forces star in Beaver’s story, leaving humans with only twisted and tenuous parts to play.

"Sources of the Self" was curated by Jeff Katzin as the sixth exhibition in the Incubation Series. The show ran from January 21st through February 19th, 2017 at AUTOMAT, 319 N 11th Street, Suite 2I, Philadelphia. The opening reception featured a performance by Frances Doefeen, with a conversation and video screening to follow in February, 2017.