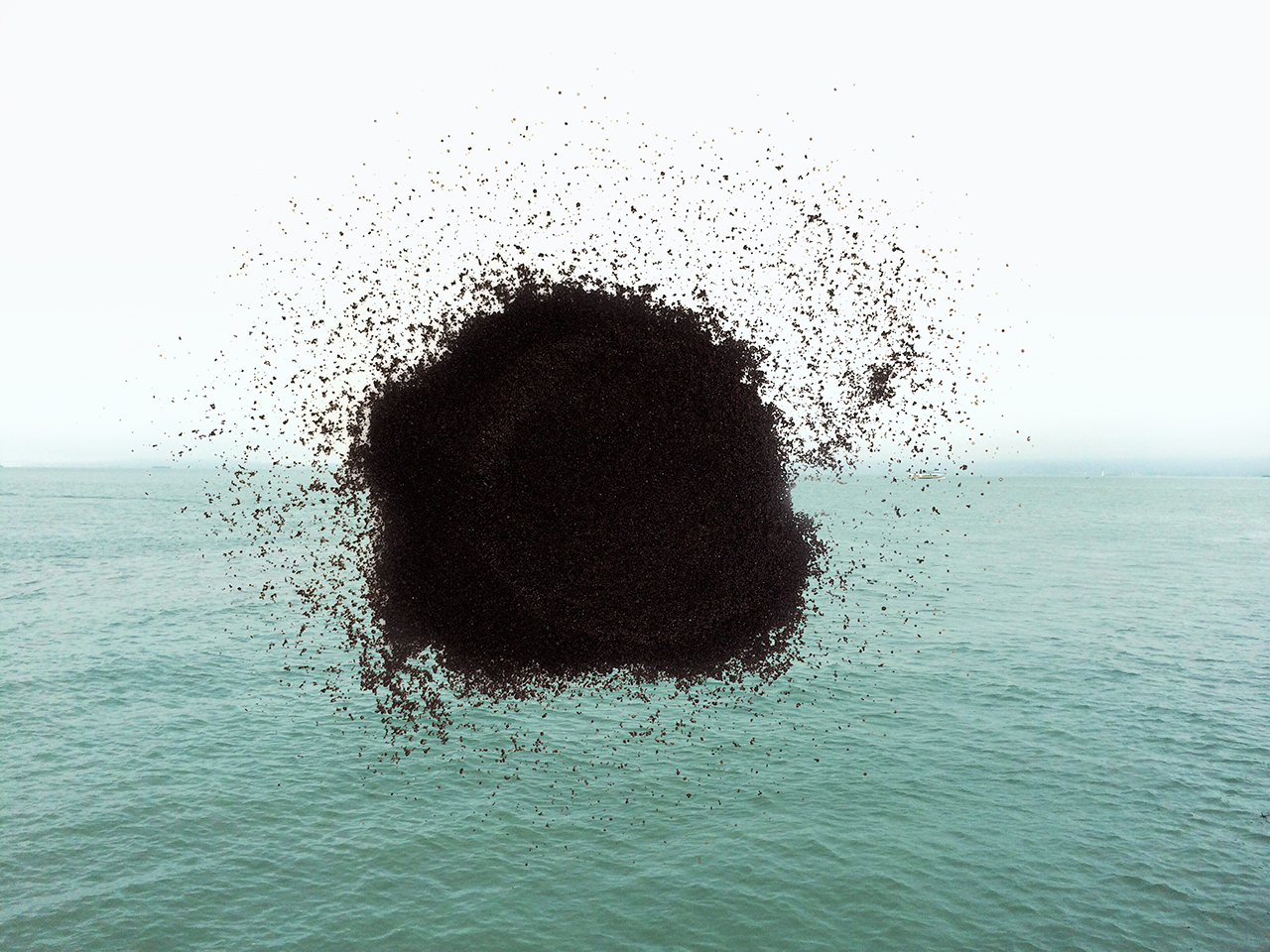 When you run out of thread in the middle of a seam, you can finish with a backstitch, start again with a new thread, or carefully attach a new strand to the one you have. Loose threads, whether frayed or broken, offer the possibility of being unraveled and woven anew. This exhibition brings together the work of four artists who work with various materials and sites that are often considered to be useless in our current economy predicated on utility and consumption. Whether it is clothing we no longer wear, the digital debris that is stored on our hard drives, abandoned experimental housing structures, or the material residue of our culture of excess, the works in the exhibition consider the process of making something new with discarded materials, reminding us of the various ways in which loose ends can be retied.

Lauren Altman’s triptych of photograms produced from the seams of her mother’s sweater posit a collaboration between material, identity, and touch—a kind of hereditary indexicality manifested through medium, and one where the softness of fiber delineates the abstracted contours of memory. Altman’s interest in textiles alternately informs Endless Threads, an essay film that meditates on the fabric and clothing industries in Tiruppur and Kanchipuram in India, and Woolrich and Philadelphia in Pennsylvania.

Space and locale are critical, too, in the work of Heryk Tomassini, whose site-specific installation Renacimiento Antillano Antrincherado is part of a larger project by the artist that seeks to preserve and repurpose a series of stackable concrete units initially designed for a utopian housing project inspired by Moshe Safdie’s Habitat 67. In the context of Puerto Rico’s financial crisis, now especially critical in the wake of the devastating effects of hurricanes Irma and Maria, Tomassini simultaneously interrogates architectural history, utopic failure and potential, and alternative visions for living with one’s environment.

For works that blur the boundary between object and performance, Haitian artist Erlin Geffrard sources his materials from the kitsch cast-offs of the art world: canvases left over from colleagues, frames found on the sidewalk, and objects collected from his environs. In Flight, a pink and red plane appears playful, with its tiny propeller and antenna-like puff of exhaust fume trailing behind. But, in evoking instability and liminality, the painting investigates more urgent issues of immigration and national identity. Geffrard has also produced a site-specific interactive installation that incorporates an upright piano owned by Seraphin Gallery. Here, he probes the cultural status of music and art, as it has been determined and inflected by class and race.

The three works on view by Jiayi Liu weave together dispersed memories and discreet “data points” of identity, using materials culled from her life and her environment. Carefully folded digital prints of photographs from her iPhone comprise Image Recycled, a cloud-like curtain that takes its form from a specific cultural practice in China of making curtains from discarded paper. Liu’s other works consider the intersection of temporality, growth, and decay through materiality. iPhone prints are immersed in coffee grounds (Untitled), whose dark granularity against the pristine gallery wall toys with figure and ground, as well as the politics of the macro and micro.

"Loose Ends" is co-curated by Jessica Hough and Isabelle Lynch and is the eighth exhibition in the Incubation Series.