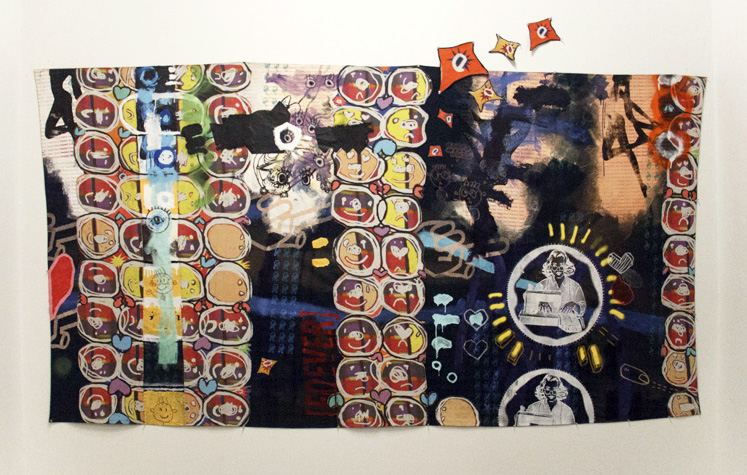 "EchoLocation" is a reflective chamber of reverberating forms. Four artists – Richard Hogan, Doah Lee, Sarah Legow, and Heather Raquel Phillips – show works in which mimesis, mimicry, and replication are engaged as formal principles and conceptual approaches. Centering on the metaphorical contact points of the mirror and the interface, the artworks featured in "EchoLocation" encompass a variety of media—from painting to found objects, sculpture, and video. Exploring the impoverishment of language and symbols in society, as well as relational modes based on miming and reflection, "EchoLocation" ponders the generative power of copying in artistic practices.