Concepts of Authorship in the Early Modern Era

Concepts of Authorship in the Early Modern Era 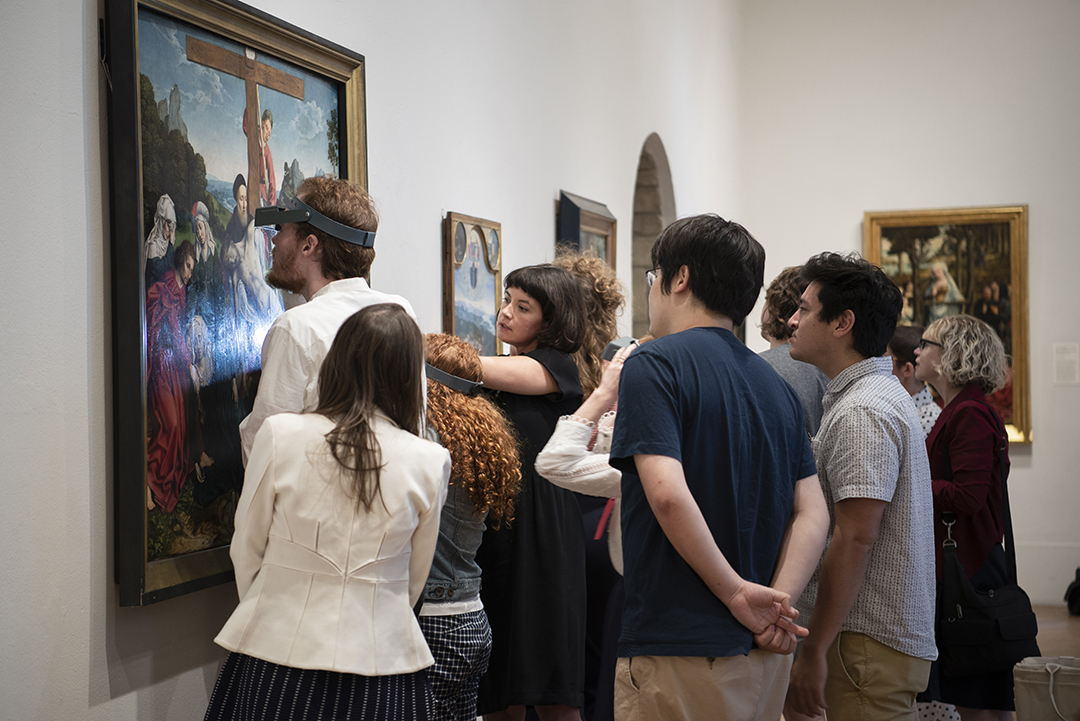 In Fall 2019, Prof. Shira Brisman offered an object-study based graduate seminar that met each week at the Philadelphia Museum of Art. Entitled "Concepts of Authorship in the Early Modern Era," the seminar centered around two approaches: the research conducted in museums to establish artistic identity, and the tendency in scholarship, beginning with (Roland Barthes’ 1967 essay, the “Death of the Author”) to decenter this approach. The tension residing at the core of this course made for a dynamic seminar.

Each week of readings was accompanied by a meeting with a curator or conservator and the focus on a case study in the museum.  Six members of the PMA’s curatorial and conservation teams co-taught class meetings:  Mark Tucker, Neubauer Family Director of Conservation, participated in four sessions; Nicole Cook, Program Manager for Graduate Academic Partnerships three; Jack Hinton, Associate Curator of European Decorative Arts and Sculpture two; and single meetings were co-led by Lucia Bay, Project Assistant Conservator of Paintings, Sarah Mastrangelo, Fellow in Paintings Conservation, and Louis Marchesano, Audrey and William H. Helfand Senior Curator of Prints, Drawings, and Photographs.

Integral to the approach was the consideration of several media, especially the museum’s rich collections of Early Netherlandish and seventeenth-century Dutch painting, metalwork objects such as monstrances and pilgrimage badges, as well as prints—the medium to which is often attributed the conflation of authorship with artistic identity because of the fluidity between image and text and the propensity to monogram blocks and plates. One of the most exciting sessions was discovering with Mark Tucker the history of the former appearance of Rogier van der Weyden’s Crucifixion diptych. The class was astonished to see photographs of how the panels once appeared—with gilded instead of black backgrounds. Students also studied a recently proposed reconstruction of the original altarpiece which is based on the reuniting of the panels with their interior wing companions, which are now housed at different museums. The readings compiled for this particular week included defenses of the attribution of the Philadelphia panels to Rogier and reattributions of the diptych to his workshop. A heated discussion ensued about whether to consider such a reattribution a “demotion” of the paintings. The politics of labeling a painting as the product of a given author (or borrowing a painting for an exhibition in which one attends to unsettle authorship) likewise made for memorable conversations.

The seminar traveled to the National Gallery of Art to tour the paintings conservation lab and enjoy a print study session with recent Penn graduate Brooks Rich (PhD 2017), Associate Curator of Old Master Prints. Along with works by Martin Schongauer, Israhel van Meckenem, Albrecht Dürer, Marcantonio Raimondi, and Claude Mellan, students were able to look with magnifying glasses at the detail of a recent acquisition, Hans Lützelburger’s woodcut, Battle of Naked Men and Peasants. Students speculated on the messages on the marginalia of the sheet, which seem to indicate that it served as an advertisement for the block cutter. The nine seminar papers that resulted from this course were each based on an object that the student had the opportunity to examine in person. The results were outstanding examples of art historical argument that balanced technical evidence with historical context and literary source material.