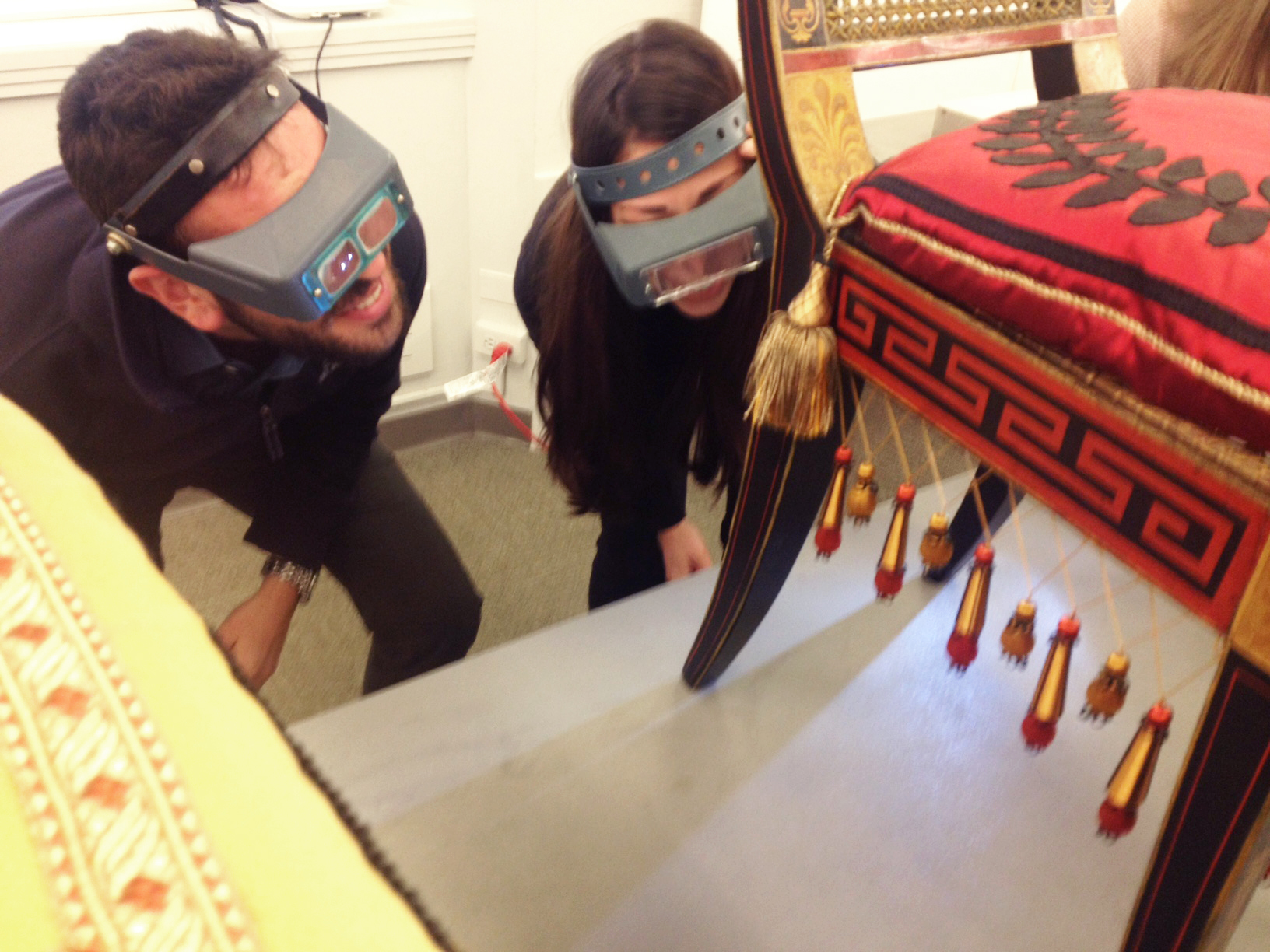 A very exciting daylong workshop for first-year History of Art students was organized at the Philadelphia Museum of Art in October 2016 by Alexandra Kirtley, the Montgomery-Garvan Curator of American Decorative Arts; Peggy Olley, Associate Conservator of Furniture and Woodwork; and Justina Barrett, Museum Educator for American Art. Penn was represented by Professor David Brownlee.

The focus of the workshop was the splendid suite of neoclassical furniture designed in 1808 by Benjamin Henry Latrobe for the house of Philadelphia merchant William Waln and his wife, Mary. Recently restored and studied, the furniture was the subject of the exhibition "Classical Splendor," curated by Kirtley and Olley at the PMA.

Participants were given a full briefing on the collaborative planning and research that went into the exhibition, and some of the furniture was taken off display so that they could retrace the discoveries that enabled the curators to restore its original appearance. Other furniture was made available for study in the conservation studio, where students were tested on their ability to detect the differences between Boston-made and Philadelphia-made chairs. Students were also given special access to the American and English period rooms, where they climbed into the loft space above the Powel House room in order to understand its installation, and were allowed to walk to the middle of Robert Adam’s brilliantly colored Lansdowne House room—whose floor is too fragile to allow regular public admission.