This talk addresses the transformation of the basilica as an architectural form and its subsequent impact on architecture in the eastern Mediterranean. Justinian’s Hagia Sophia represents a critical moment in architectural history in terms of form, meaning, and aesthetics.

ROBERT OUSTERHOUT is professor emeritus in history and art at the University of Pennsylvania, where he taught from 2007-2017 and also served as director of the Center for Ancient Studies. He taught previously at the University of Illinois, where he received his PhD. Ousterhout’s fieldwork has concentrated on Byzantine architecture, monumental art, and urbanism in Constantinople, Thrace, Cappadocia, and Jerusalem.

Via Zoom. Registration is required. Click HERE to register. 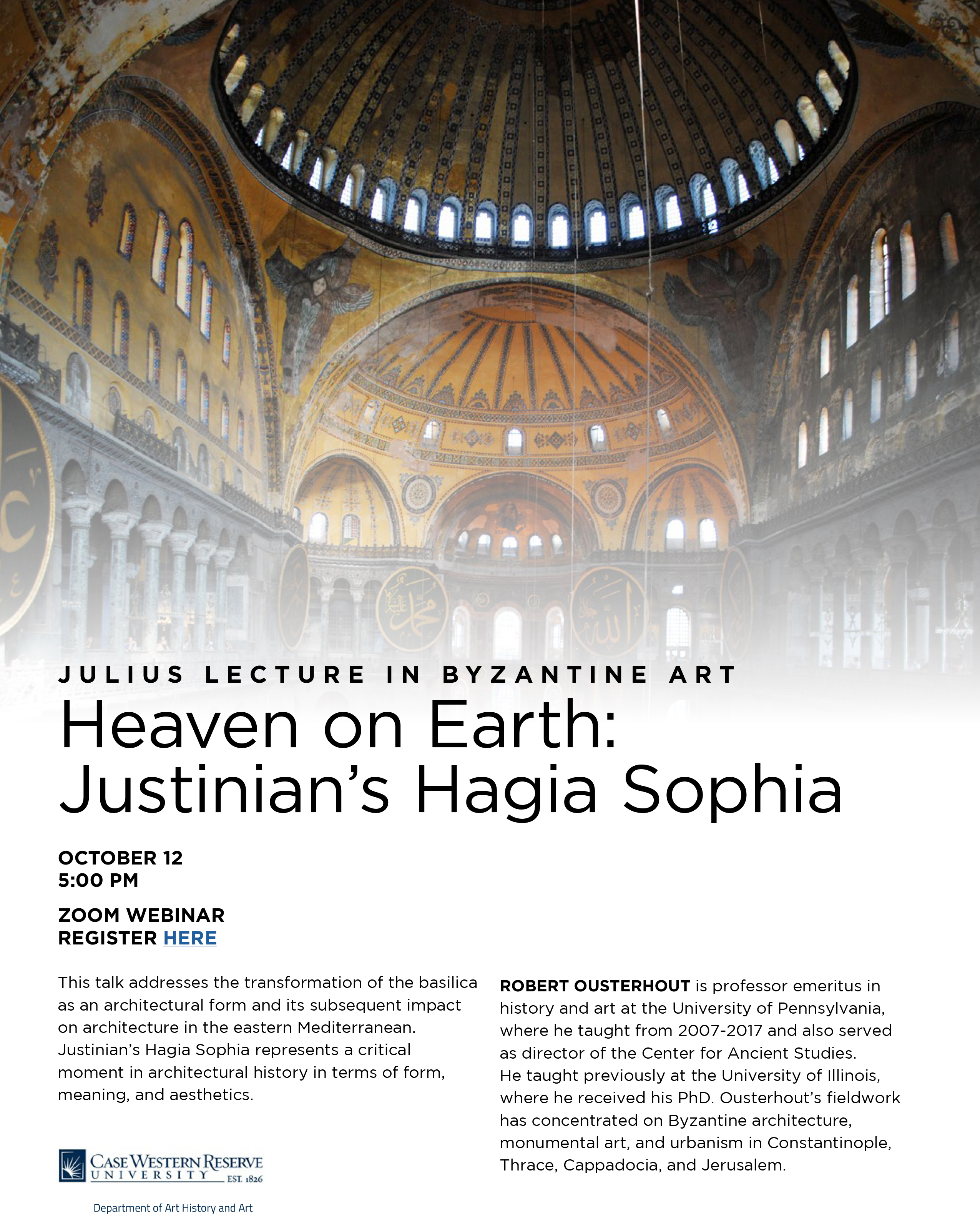