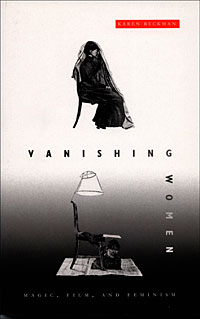 "[A] fascinating contribution to cultural theory. . . . Vanishing Women offers an important contribution to the fields of film history, gender and spectatorship. It provides a fascinating and insightful glance into a technologically developing culture that was both thrilled and unnerved by the possibility of female disappearance."—Leanne Downing, Screening the Pas

"[O]ne of the most appealing recent books I have read. . . . Vanishing Women is full of great nuggets - there are wonderful analyses of Malthus and single women, and of the several meanings of 'ectoplasm' (I never knew it was both the Spiritualist term for ghost-substance and an image projected on a screen). . . ."—Nina Auerbach, Victorian Literature and Culture

"In Vanishing Women, Karen Beckman performs a bit of her own magic: she looks past the hypervisible woman toward the spectacle of 'the woman who disappears' (4), tracing the trope of the vanishing woman from 19th-century magic shows to early cinema, to key films by Alfred Hitchcock and Veit Harlan, and, finally, to the fading female star as played repeatedly by Bette Davis. Throughout, Beckman demonstrates the interplay between the representation of vanishing women and contemporaneous political, philosophical, and psychoanalytical discourses, showing the connection between the woman who disappears at the whim of the magician or the filmmaker and other disenfranchised peoples made to disappear by dominant cultural forces."—Sharon Mazer, TDR