Spiegel Freshman Seminar: Contemporary Art And The Art Of Curating 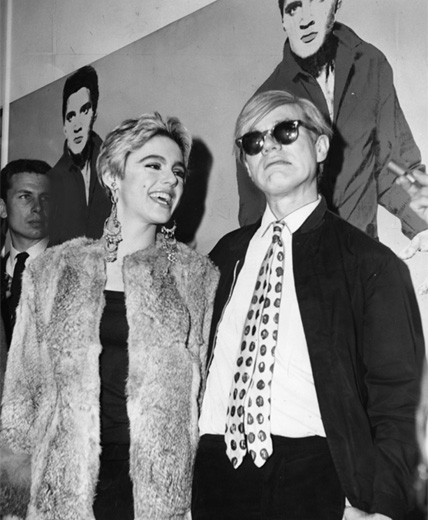 In 1965, Andy Warhol had his first American museum exhibition at the Institute of Contemporary Art here at Penn. The place was so mobbed by students, fans, and the press that all of the paintings had to be removed from the walls because there was fear that they would be damaged. The crowd grew so large and unruly that Warhol and his entourage were forced to flee for fear of their lives. This exhibition, arguably one of the most important of Warhol's career, marks a turning point in contemporary art, where the persona of the artist challenges the primacy of the works on display; by the time Warhol escaped, it was he whom the public wanted as much as the paintings he made. The implications of this simple gesture are profound and play out in various ways over the next half-century, giving rise to performance and media art, as well as to the notion of the artist as celebrity as exemplified by Jeff Koons in the art world, Lady Gaga in music, and everybody's fifteen minutes of fame in reality television.

Students in the year-long Spiegel Freshman Seminar researched the events surrounding this historic event in preparation for our own show at the ICA, "That's How We Escaped": Reflections on Warhol (April 21-August 7, 2011). The students mined the deep archives of the ICA and the Penn libraries, investigating this fascinating story by hunting down television broadcasts and vintage photographs, digging up newspaper articles that were written for Penn student newspapers as well as in the mainstream press, and interviewing people who were there. The class acted like a group of archeologists, reconstructing the exhibition space by locating and mapping its original location in what is today's Fisher Fine Arts Library.

Historically, the original exhibition has been somewhat of a mystery, even in the voluminous books and articles about Warhol. This student exhibition will be the first time that many of these materials have been made public, thus contributing an essential piece to the puzzle of Warhol scholarship.