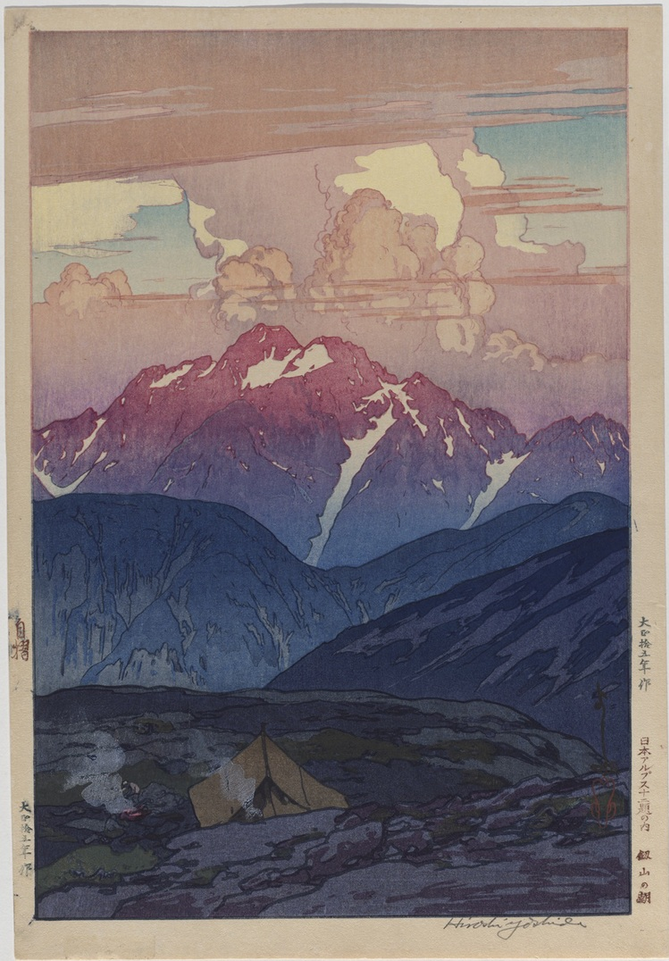 This exhibition was the culmination of two curatorial seminars led by Professor Julie Davis and held in collaboration with the Arthur Ross Gallery. The Spring 2014 seminar was co-taught by Jeannie Kenmotsu and Quintana Heathman, Ph.D students in the Department of the History of Art, and funded by the Penn Curatorial Seminar. In Spring 2015, Davis and Shelley Langdale, Associate Curator, Philadelphia Museum of Art, taught the second curatorial seminar.

The subject of “famous places” was one of the most influential topics in the development of landscape imagery in Japan and was initially linked to courtly poetry practices that named and praised significant sites. By the later eighteenth century, savvy commercial publishers adapted the theme to create a new set of famous locales in the city of Edo and more distant must-see destinations. Later, modern print artists referenced the landscape tradition established in ukiyo-e prints when they selected famous sites for their own work, some reflecting the changes of the twentieth century, some promoting sites of national importance, and still others reimagining what constituted “landscape” and the “famous place” in Japan as well as in the world beyond. This exhibition brings together twentieth-century prints on this theme, with works selected from the holdings of the Philadelphia Museum of Art, the University of Pennsylvania Library, and private collections.