Modernism on Stage: The Ballets Russes and the Parisian Avant-Garde 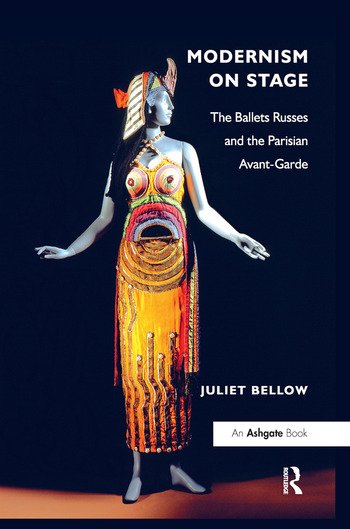 Modernism on Stage restores Serge Diaghilev’s Ballets Russes to its central role in the Parisian art world of the 1910s and 1920s. During those years, the Ballets Russes’ stage served as a dynamic forum for the interaction of artistic genres - dance, music and painting - in a mixed-media form inspired by Richard Wagner’s Gesamtkunstwerk (total work of art). This interdisciplinary study combines a broad history of Diaghilev’s troupe with close readings of four ballets designed by canonical modernist artists: Pablo Picasso, Sonia Delaunay, Henri Matisse, and Giorgio de Chirico. Experimental both in concept and form, these productions redefine our understanding of the interconnected worlds of the visual and performing arts, elite culture and mass entertainment in Paris between the two world wars. This volume traces the ways in which artists working with the Ballets Russes adapted painterly styles to the temporal, three-dimensional and corporeal medium of ballet. Analyzing interactions among sets, costumes, choreography, and musical accompaniment, the book establishes what the Ballets Russes' productions looked like and how audiences reacted to them. Juliet Bellow brings dance to bear upon modernist art history as more than a source of imagery or ornament: she spotlights a complex dialogue among art forms that did not preclude but rather enhanced artists’ interrogation of the limits of medium.