The Making of a Modern Japanese Architecture: From the Founders to Shinohara and Isozaki 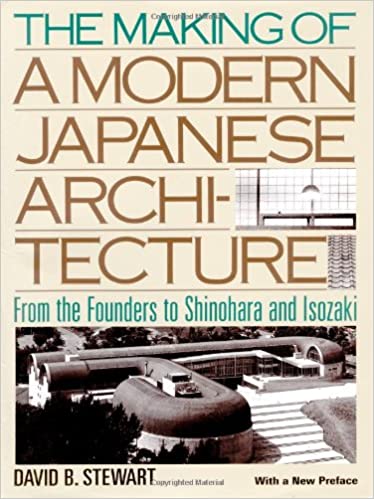 The year 1988 commenmorated the fourth generation since the Meiji Restoration of 1868 defined Japan's position-political, economic, and cultural-in the modern world. This period of history, which witnessed the rise, defeat, and rebirth of contemporary Japan, has been widely written about. Nevertheless, there remains, in the realm of architecture, an intractable gap in our knowledge of this span of more than a century. It is precisely that breach which Making of a Modern Japanese Architecture(with its more than 400 illustrations) undertakes to repair. It brilliantly charts the course of the art of building in this very old and yet, in a sense, quite new country from the middle of the mineteenth century to the onset of the 1980s. The book successfully sets before the reader, and illustrates in striking manner, the sea change that Japan's architecture underwent as feudal customs and an intense preoccupation with beauty encountered industrialization and modern lifetstyles. By what means, then, was the switch-over made from homes of paper and wood to efficient urban complexes of earthquakeproof reinforced concrete? The answer, during the Meiji era, was gaslighting and brick, followed in the second and third decades of the new century by an interval of Art Deco and jazz-age freneticism. On account of his controversial rebuilding of the great Imperial Hotel, the American architect Frank Lloyd Wright was a participant in these years of so-called Taisho Democracy. Wright was more often than not present in the Japanese capital during this phase of his career, which he lived to the hilt by pursuing his instincts as a connoisseur and an aesthete of the first order. When he was, eventually, dismissed, his versatile assistant, the Czech modernist Antonin Raymond, stepped into the vanguard of Japanese architecture, a position which in many respects he retained well into the 1950s.