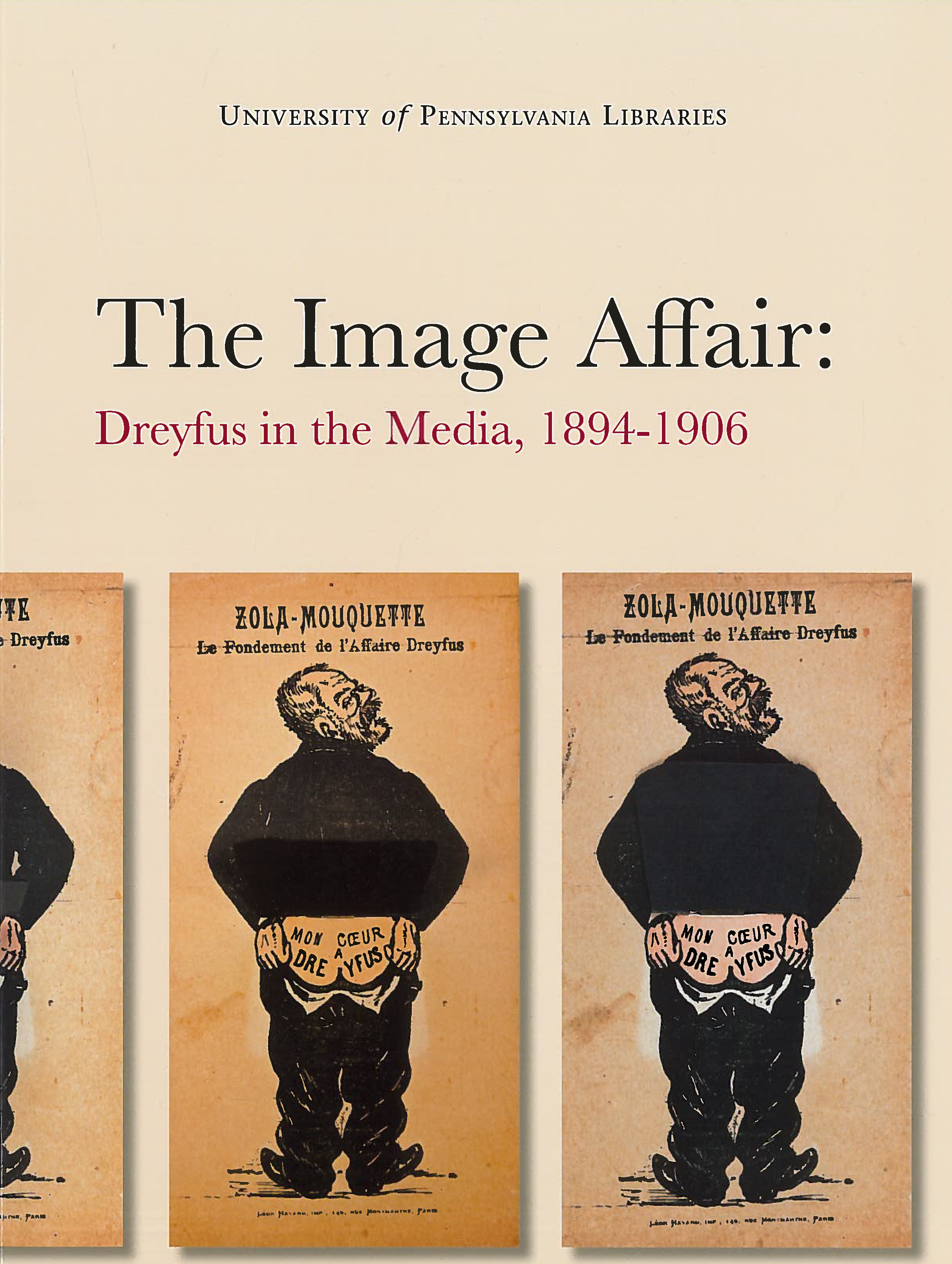 The Image Affair: Dreyfus in the Media, 1894-1906  examines the infamous wrongful conviction for treason, and eventual exoneration, of Jewish officer Alfred Dreyfus as it played out in the French media at the turn of the last century. This exhibition traces the greatest scandal of fin-de-siècle France through the diverse body of images that proliferated in a country divided by anti-semitism, nationalistic fervor, juridical malpractice, and military misconduct. Encompassing the full range of the period's print culture including the illustrated press, broadsheets, photography, postcards, films and even board games, the exhibition draws almost entirely from the Lorraine Beitler Collection of the Dreyfus Affair at the University of Pennsylvania, one of the largest such collections in the world. The images and objects assembled represent a range of opposing viewpoints from the Dreyfusard and Anti-Dreyfusard camps—at turns documentary and satirical, hateful and humorous. The Image Affair encourages a critical examination of an event that engaged and galvanized French and international publics alike, emphasizing the key role that new media technologies played in its unfolding.