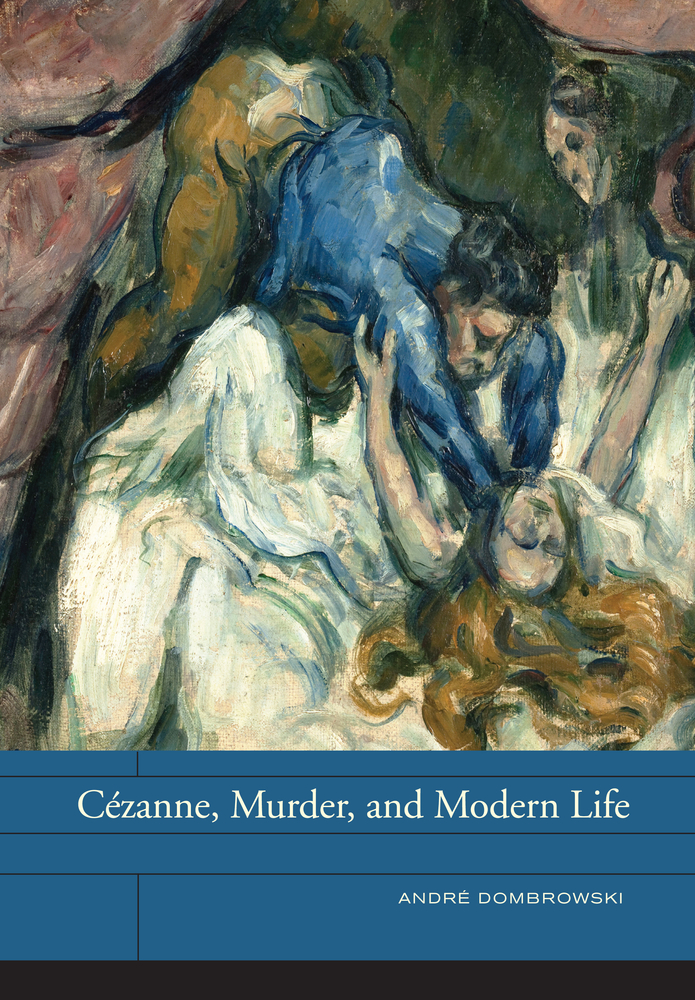 The University of California Press

Cézanne, Murder, and Modern Life offers an original approach to early French modernism, one informed by the art’s unprecedented psychological intensity. Focusing on the early work of Paul Cézanne, André Dombrowski uncovers a new history of the emergence of modern painting rooted in the evocation of emotive “expression” and emblematized by scenes of murder, sexual violence, and anxious domesticity. Mobilizing contexts rarely brought to bear on our understanding of art in the age of impressionism, let alone the work of Cézanne, Dombrowski investigates the “culte du moi” and conceptions of authorial function in art and literature, as well as theories of neoromanticism and early symbolism of the 1860s. He also presents psychophysiological analyses of the human mind and other positivist theories of modern sociality and instinctuality popularized during the Second Empire and early Third Republic.