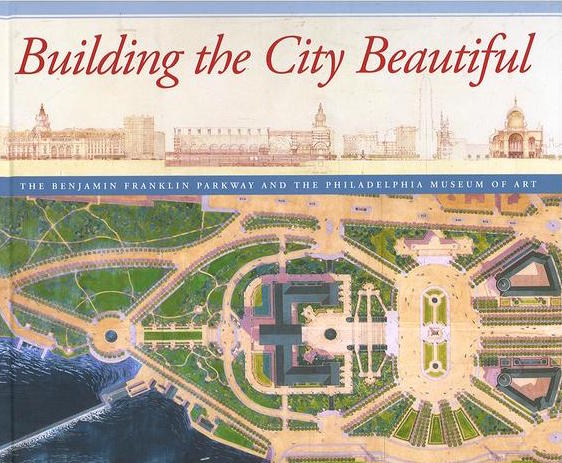 The Philadelphia Museum of Art

Building the City Beautiful by historian David Brownlee, originally published in 1989, is the definitive book on the history of the Benjamin Franklin Parkway in Philadelphia. Between 1871 and 1929, Philadelphia planned and substantially executed a grand scheme to build a broad Parkway, cutting diagonally through the existing grid-pattern of William Penn’s seventeenth-century plan, connecting the crowded center of the business district with the open spaces of Fairmount Park. The publication traces the history of the Parkway as one of the “City Beautiful” movement’s most notable successes, giving attention to architects and planners who have not been properly examined, and detailing the legal, financial, and political problems that accompanied the aspirations of some of the city’s most prominent citizens. On the occasion of the Parkway’s centennial, Brownlee has revised the publication—which has long been out of print—adding new material on the Parkway’s past and present, including stunning new color photography. This lively and accessible book will make a perfect keepsake for visitors, Philadelphia residents, and history buffs alike.