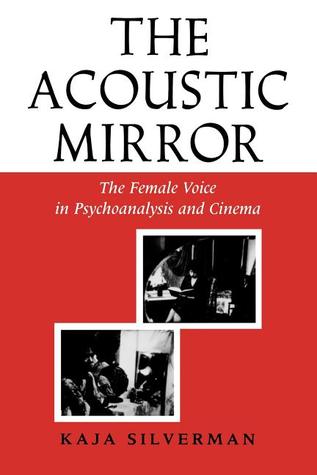 A Choice Outstanding Academic Book of 1988

“ . . . a vitally new understanding that takes us from the terms of the representation of sexual difference to an anatomy of female subjectivity which will be widely influential.” —Stephen Heath

“An original work likely to have significant impact on all those with an interest in the vibrant intersection of feminism, film theory, and psychoanalysis . . . ” —Naomi Schor

“ . . . important because of its innovative work on Hollywood’s ideologically-charged construction of subjectivity. . . . what is exciting about The Acoustic Mirror is that it inspires one to reevaluate a number of now classical theoretical texts, and to see films with an eye to how authorship is constructed and subjectivity is generated.” —Literature and Psychology

“As evocative as it is shrewdly systematic, the pioneering theory of female subjectivity formulated in the final three chapters will have wide impact as a major contribution to feminist theory.” —SubStance

The Acoustic Mirror attempts to do for the sound-track what feminist film theory of the past decade has done for the image-track—to locate the points at which it is productive of sexual difference. The specific focus is the female voice understood not merely as spoken dialogue, narration, and commentary, but as a fantasmatic projection, and as a metaphor for authorship.